THE ALVE FAMILY IN NZ 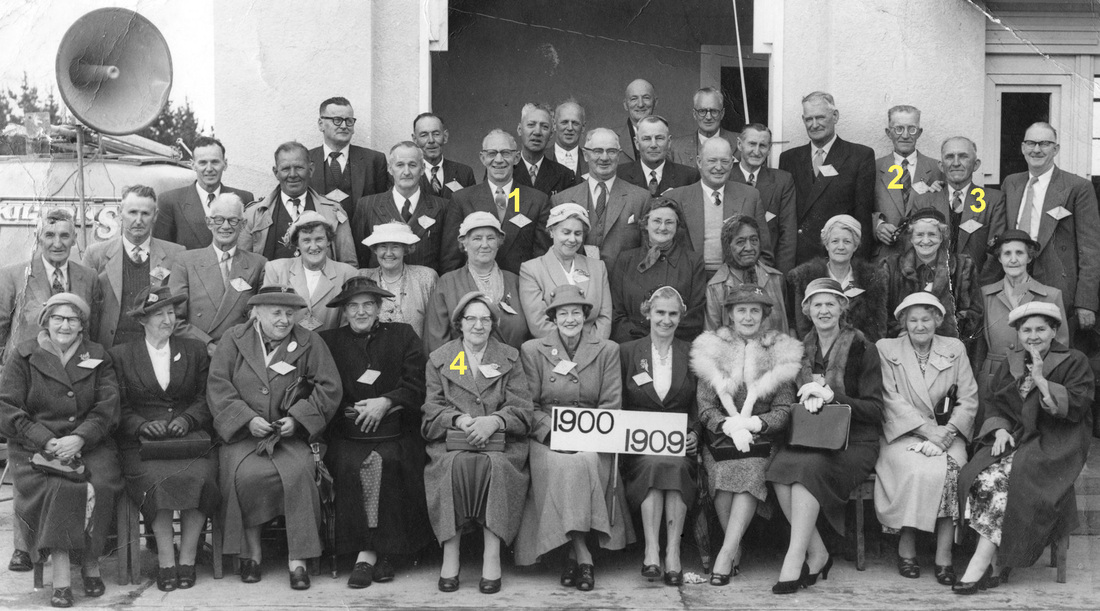 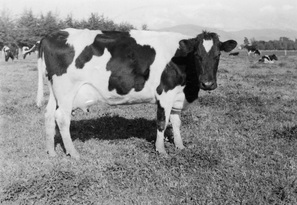 Royal Glen Regina Gypsy - a pedigree Friesian cow
purchased by Henry Alve in May 1954
Henry’s block, containing the homestead was enlarged by the lease of Charlie’s block which was later purchased in the late 1940’s, about the time Val began sharemilking with his father. After Val married and moved away, sons Ivan and then Harry share-milked with Henry, before Val returned to resume sharemilking in 1956. Ownership of the land passed to Val in 1963 after the river control scheme had reduced the farm in size from 110 to 78 acres. The money given in compensation for the river land was used to build a new house which replaced the homestead lost to the river control scheme. Val continued to dairy farm the land until the middle of 1970 when he sold it to the neighbouring Quinn Properties.

A feature of Henry's farming operation was the establishment of the Westfalia Friesian stud. From the late 1930's until 1960 about 75 pedigree friesian cows and bulls were purchased, bred and registered with the N.Z. Friesian Association.  The last act of the Stud was the sale in 1960 of a young bull to the Awahuri artificial breeding centre. Westfalia I. N. Colantha was born  on 21 July 1960 and was the progeny of Pukeroro Ireland Notary (sire via A.B.) and Westfalia M. E. Colantha (dam), the highest producing cow in the herd at that time. The sale price was one hundred guineas. The Westfalia stud was taken over by Val in 1963 until he sold his dairy herd in 1970. 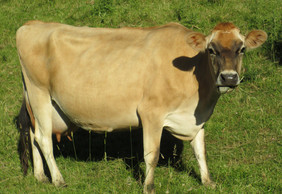 Charlie Busch farmed Jersey Cows
Eddie’s block, containing two houses, was leased by Alf until 1942, when Eddie resumed farming it. He farmed it until his nephew, Charlie Busch, share-milked and then bought it during the 1950’s. Unlike his uncle Henry and cousin Val (see above), Charlie with Vera his wife milked Jersey cows on the block that was Eddie's. In 1963 Charlie converted to farming sheep in partnership with his nephew Ken Busch. They also leased land over the stopbank, within the river spillway, which included that part of Henry’s former block that was within the river catchment. Charlie sold this land about 1967, to Quinn Properties.

Eddie’s wife Ina and son Bill continued living in the second house, after Eddie died in 1965. Bill remained living there, the sole remaining Alve at Rangitane, following Ina’s death in 1993.

Dolf’s block was leased between 1952 and 1962, first to Neil Harvey and then to George Little. Jack Alve returned to the farm in 1962 and began cropping until 1967, after Dolf’s death, when it was sold to neighbour Ernie Southee. Jack and his brother Dennis then, in partnership, moved to establish a large cropping farm in Bryce's Line, Kiwitea. Later, after Dennis moved to Australia, Jack and Mary in partnership with children Peter and Julianne established a dairy farm on their Kiwitea property and moved to live in Kimbolton before retiring to Palmerston North in the 1990's.

A feature of life for those who lived between Rangitane and Opiki for much of the 20th century was the Opiki suspension (toll) bridge over the Manawatu River. From the 1920's until 1969 when the new road bridge upstream was constructed and opened, the toll bridge was an impressive reminder of the River as well as  a convenient means of crossing it. The story of the susp[ension bridge is commemorated by the Cairn featured in the images below and is well recounted by Molly Akers in her book, "Suspended Access." Second generation Alve children from Rangitane regularly crossed the bridge to attend Rangiotu school from 28 June 1928 when it opened. In fact they were 'rounded up' by the Akers to justify the establishment of the school when it was planned in the 1920's. Phillip, Lisle and Elvene were first day pupils and Val began there a few months later when he turned five. While the Alves tended to go to Palmerston North for business and Rangiotu for milk delivery, Opiki was the closest settlement and with a dairy, garage, sports and school amenities it was often a place to visit, despite the toll charge. A few of us found occasional work on the Opiki side of the river, farm labouring, potato picking, etc. 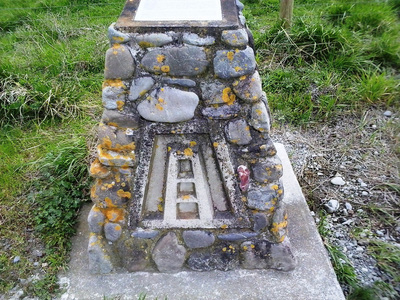 A Cairn adjacent where the old Alve homestead was, commemorating the Opiki Suspension Bridge. The deck was removed post the building of the new bridge in 1969. The concrete towers and steel cables remain. 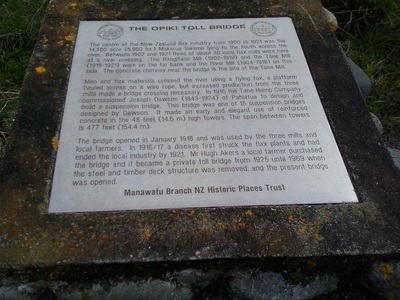 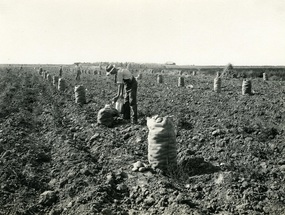 Jack & Dennis Alve were Potato Farmers
As mentioned above, Jack & Mary Alve in partnership with Dennis & Heather bought and farmed on Bryces Line, near Kiwitea. In the early days of this operation cousins Trevor and Terry Alve worked on this farm. The farm was converted to cropping from sheep - mainly potatoes, but also brussel sprouts, carrots and other vegetables. The land was high enough in altitude to be somewhat pest free enabling the growing of certified seed potatoes. During 1969 the brothers purchased a German bulk (Grimm) harvester which meant that potatoes could be graded under cover in sheds. Jack and Mary's children Peter and Mary were born in Kiwitea.

Ivan & Maree Alve purchased a dairy farm in the Tararua District at Rongokako during the mid 1960's. They had earlier been sharemilking on a block that ran from Highway 56 through to No. 1 Line at Tiakitahuna in the Manawatu, It was while there that their eldest child Peter died in 1960. Peter hadbeen born with a hole in his heart (blue baby) prior to surgical techniques being developed to treat such conditions. In retirement Ivan and Maree lived in Palmerston North. During 2013 Ivan  moved into the Olive Tree retirement complex, where his cousin Thelma Avery was living, until her death in 2013 aged 99.